SEATTLE - When it came time for guitarist Frank Hetzel to beginning writing and recording the second album from his band Beltfed Weapon, there was no question the D'haitre would be his guitar of choice.
Founded in 1990 by Andy Beech, the Washington-based company produces high-quality, custom guitars.
"What I love most about my D'haitre guitars is how they feel," Hetzel said. "The neck and the fret board feel like butter and the tone that comes from them is like heaven. Andy uses top-grade wood and everything is done by hand. There is nothing that can't be built for any style of player."
As an admirer and player of D'haitre since long before he received an official endorsement, Hetzel was excited to welcome the luthier into the fold of Beltfed Weapon for the band's latest release,Raining Plague, after years of inviting Beech to perform solos on his songs.
"I've known Frank since the mid-'90s," Beech said "My band was playing and he approached me after the show and asked me if I'd give him lessons. We did just that, and became friends. He also became one of my best customers. I think he owns 11 D'haitres!"
For Hetzel's latest D'haitre, he chose an ebony fretboard and aluminum inlays with mahogany. "The look and feel of these guitars is amazing," he said. "D'haitre guitars are without a doubt the true custom choice. Once you play one, you will be sold." 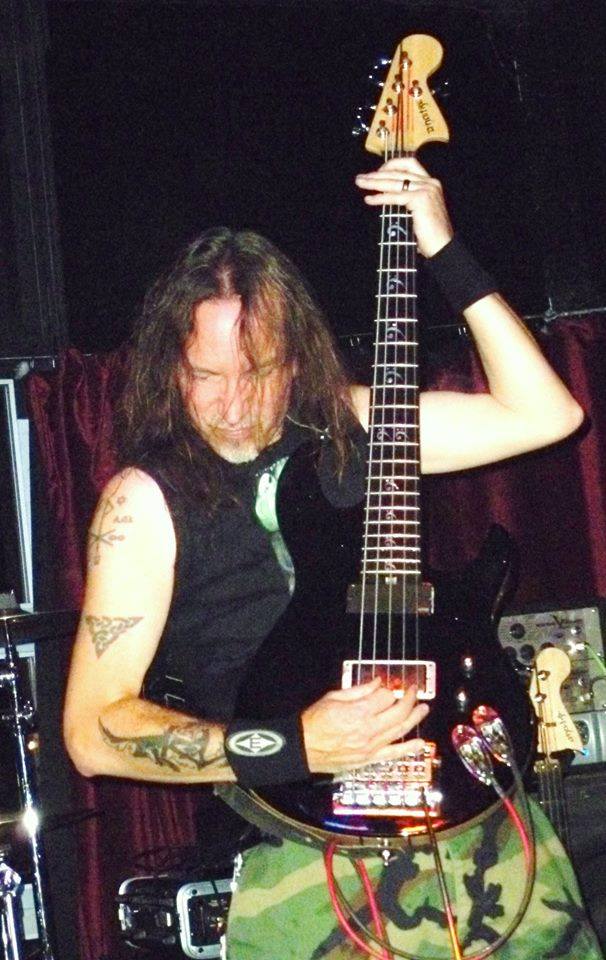 Eric Haven writes, "Lower than low. Remus is my fiver, custom built to my specs by Andy Beech of D'Haitre' Guitars. Since the music that Doug Daniels, David Bulger, and myself make as Alien Probe is so deep and heavy, we often find ourselves tuning so low that the notes sometimes cannot be heard so much as felt. I have produced notes so low on Remus before that they have broken glass, and threatened to destroy buildings. There is no way that I could have gotten such results from any other builder. Remus, and his four-string twin Romulus are both four years old next month, and I will NEVER play anything else ever again."